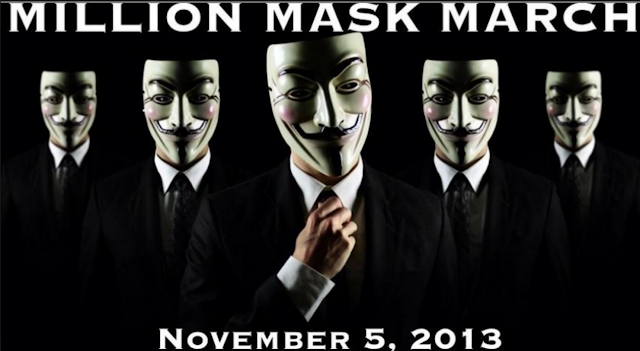 Poet, Christine Ann Sands, Is one of the only exposed faces involved with the movement known as, Anonymous.  We speak with her about the Million Mask March taking place in Washington DC, and in multiple locations around the world. Christine aims to, “remind this world what it has forgotten, that fairness, justice, and freedom are more than just words.”

On November 5, the goal is to have at least one million people- brought to you by Anonymous- set upon the nation's capital.  As well as Anonymous, this will also bring together elements of Occupy, WikiLeaks and OathKeepers. If this movement is successful, don't expect it to be reported on as more than 50 to 80 people- by the time mainstream media under reports it. 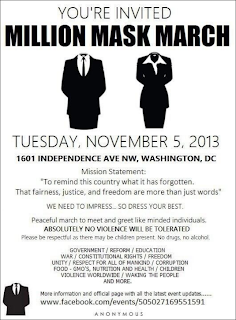 “All who claim anyone is in charge of million mass march knows little of anonymous. There is no official site, and nobody is in charge: it's a movement, not an organization.”

Conspiracy Queries can be found on iTunes, Stitcher, and can be heard on SiriusXM's Canada Talks Channel 167 Thursdays 12pm, Fridays at 9am, Saturdays at 2am & 5pm, and Sundays 3pm EST