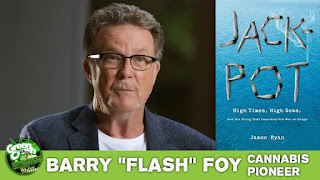 The warning shot from a bunch of supposedly terrible people has paved much of the way towards medical and pain relief access for everyone. The Gentlemen Smugglers paid for this with incarceration. I’m not saying they didn’t have a good time. But they also did time.

One of those legends is our guest, we have hit the Operation Jackpot with Barry Foy, nicknamed, Flash. It's all detailed in the bestselling book, "Jackpot: High Times, High Seas and the Sting that Launched the War on Drugs by Jason Ryan. From the 1970s until the early 90s, Barry and his boys were marijuana trafficking pirates. They always worked under the premise that no one was to be hurt or killed. Sure they partied, but only after worked hard to bring back cannabis from all over the world into the United States. 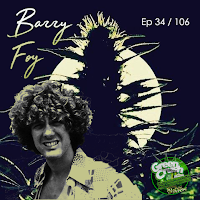 Turns out Canadian Senators aren’t at all that well researched. As Canada’s cannabis bill moves through Parliament, you just can’t believe their reefer madness of 2018. And a mysterious pharmaceutical kingpin death, may be tied to his apparent notion to use cannabis to make “pot pills”. Evidently, that fake stuff is bad for you.

Please send your comments complaints or queries of your own to conspiracyqueries@gmail.com

If you'd like to support the show please consider making a donation via Paypal or at Patreon.com. Your support helps us to make new shows.