I woke up to an Open Letter to the media, from Elisa Hategan. She challenges them to bring forth her story, and initially, they did show interest. A journalist at the Globe and Mail was extremely interested, until he wasn't. The CBC had made a movie about her real life story, but when offered the full follow-up, it was no thanks from them as well. 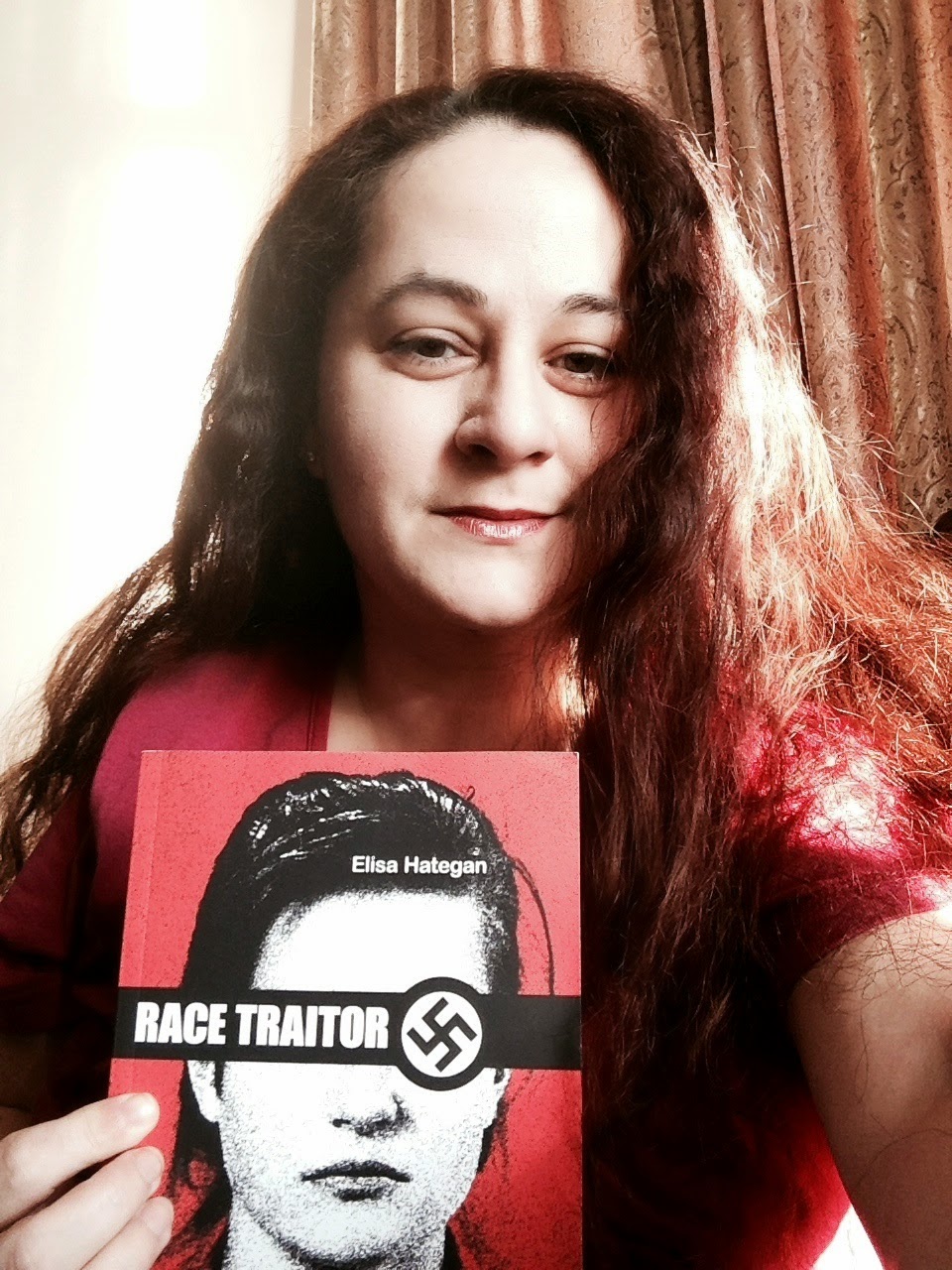 It's hard to be certain, but perhaps they were uncomfortable with Elisa's dark and ugly racist past being closely intertwined with the 'security providers' unleashed in Canada- RCMP, CSIS, and the current holder of the position of Prime Minister, Stephen Harper.

Her sad home life allowed her to become taken in by the neo-nazi group, Heritage Front, again, a group with a strong history of involvement from Canada's prime minister. This pack of plotting skinheads were headed up in their security division by a CSIS agent, operating a series of hateful and illegal activities with apparent impunity. As young Elisa became more fully aware, she knew not only to leave the Front- her family, as well as to try to dismantle them. Her book, Race Traitor, details the inside jobs of a racist organization operating under the colour of law. Her concern is that the unchecked powers of a surveillance state as dreamed up in Bill C-51 are far and away worse than things already are.

Please send your comments complaints or queries of your own to conspiracyqueries@gmail.com Y

If you'd like to support the show please consider making a donation via Paypal or at Patreon.com. Your support helps us to make new shows.

Thanks for tuning in!
Posted by Unknown at 10:09 am